Posted by albertawildfire on June 22, 2017 in Wildfire Prevention |No Comments

The Government of Alberta has made changes to the Forest and Prairie Protection Act and associated regulations to improve public safety as they relate to preventing human-caused wildfires and protecting Albertans, their communities, natural resources, and infrastructure from wildfire damage.

One of the key ways the Government of Alberta has strengthened wildfire legislation is by increasing fines for the most severe wildfire-related violations. Individuals who knowingly contravene the Act by starting a wildfire will be prosecuted in the courts and can now be fined up to $100,000 or imprisonment for up to two years. 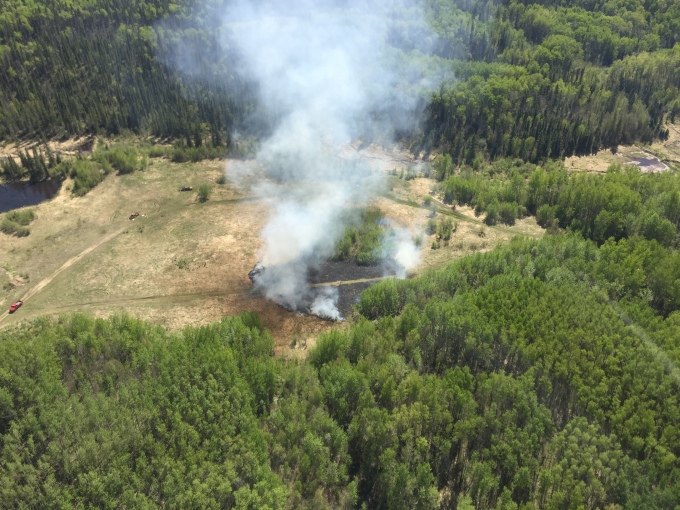 Recently, Agriculture and Forestry responded to a wildfire 35km south of Fort McMurray.  The wildfire was located in an area of public land frequented by recreational users.  Crews quickly extinguished the wildfire. A Forestry Peace Officer believed they had reasonable grounds to believe that an individual using an exploding target caused the fire. That individual was located, and was issued a $287 ticket under 8(2)(d) of the Forest and Prairie Protection Regulation for, “shooting/igniting/detonating an exploding target in the FPA without the permission of a Forest Officer.” The matter is now before the Courts.

Hole created by the exploding target

To learn more about the changes or for a full list of ticketable offences and fines, visit: http://wildfire.alberta.ca/enforcement/

Call 310-FIRE if you see a wildfire or smoke within the Forest Protection Area of Alberta.