Can you feel the excitement? I can. We all love the winter. It’s a great chance for wildfire members to rejuvenate and energize after a long summer on the fireline, but eventually we all find ourselves longing for those days in the woods again. Every year the Alberta Wildfire Rappel program trains and re-certifies approximately 63 individuals for the upcoming wildfire season. We pack our cars with all the clothes and camping gear we will need for the next four to six months, as for many of us, our vehicles become our four-wheeled homes for the summer season. The first wave of rappel members begin to arrive at the Hinton Training Centre during the first week of March; a time when the ground is still often covered with a thick layer of snow. We begin training early to get a head start on the wildfire season. 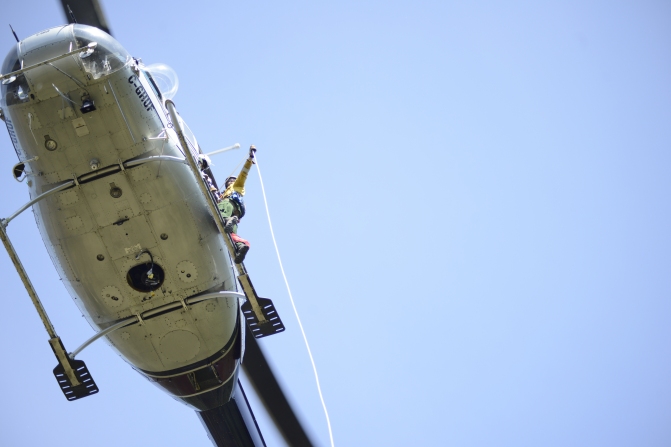 At this point, even in the bitter cold, all we can feel is the sensation of coming home. We are going to see some of our favourite people. And we are going to meet new favourite people, too. Some people celebrate Christmas in December, but for the rappel family, April is our time to be joyous. For this month, all the spotters, leaders and members from crews of the past reunite in one place for a yearly period of planning, training, working out, brushing up on procedures and, our favourite part, breaking in the new recruits (in a kind way, of course).

What makes this season so special is the polarity of how it is experienced. For us, this is a time to catch up with old friends, share winter adventures, re-tell old fire stories and prepare for the upcoming summer; all while 20-30 weary-eyed recruits are fighting for a position on the upcoming season’s roster. 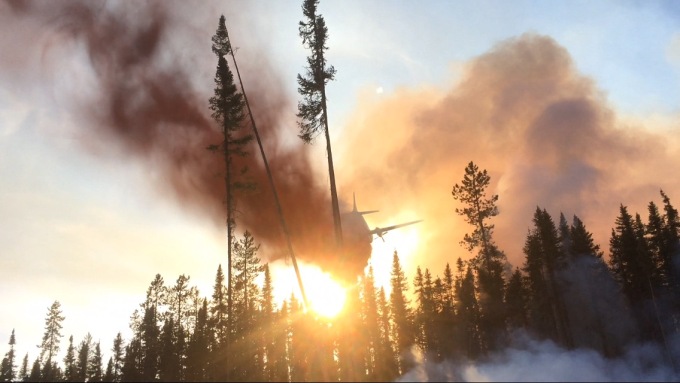 To give you an idea of what it takes to become a Wildland Firefighter and Rappel member, you need to understand that it is not an easy task. There are many things to consider before you are selected to become a member. The process begins with a physical fitness exam in December. If you are able to prove your strength and endurance, you may be fortunate enough to be summoned to a panel-style interview and given the opportunity to really wow a few of the people that will ultimately decide your wildfire future.

And then you wait for an email.

This is the email that trumps them all; an email inviting you to Rappel Recruit Camp on April 5th. This is your Golden Ticket – you are now an official recruit. It is time to step up your training and aim to get in the best shape of your life, because recruit camp is no walk in the park. Recruit camp will test you physically, mentally, emotionally, and will take you to the brink of your self-control. The goal is that by the end of the four-week training period, the spotters (our seven fearless crew leaders) and their sub-leaders will gain a clear idea of who you really are and whether or not you will make a great firefighter. As firefighters, we spend endless hours on the fireline. We work in harsh and remote conditions. We spend months away from home and we all need to be capable of maintaining a positive work environment throughout. Recruit camp is designed to represent all of this. With 5:30am wake up calls, gear walks in the middle of the night, daily morning fitness and fast-paced day-and-night training sessions, this simulation is not for the faint of heart. How many push-ups do you think you could do in a two-week period? Anything less than 1,000 and you may not be the person for the job. If that sounds like your kind of challenge though, you may be the next recruit we are looking for. As strenuous as recruit camp can be, your efforts are rewarded as soon as you take that first step out of a hovering helicopter. You feel the rush of the rotor blade spinning overhead as you unlock and begin your first live rappel descent toward the ground. It’s a feeling that I can’t quite put into words. It is beyond exhilarating, and more than satisfying. It is everything you imagined! 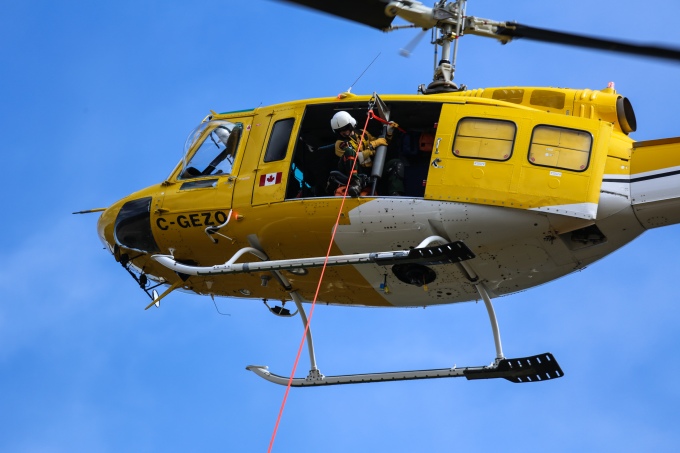 The best part about this program, however, is that once you earn yourself a spot on a crew, everything changes. The spotters who were training you – making you do burpees and push-ups until you were ready to cry – become your closest allies over the upcoming summers. At one time, the returning members would gleefully snicker if your sky genie (the descent device used to rappel out of the helicopter) hit the skid on the way down (which shouldn’t happen and lands you some extra physical activity). Now, they’re the people who you turn to during the physical and emotional battles you fight each season.

Instead of fearing them as a recruit, you now look forward to seeing them each spring. As returning members, we take a small amount of joy watching recruits test their personal limits, but only because we know exactly how it felt to be the ones in their shoes. More importantly, we know how good it feels to finally be accepted as part of the rappel family once the training is all over. As someone once said, “Tough times never last, tough people do.” Throughout re-certification, we watch the snow melt, the days grow longer and the forests dry out as winter falls and the wildfire season begins to unfold. By the time we are finished with our spring training, the Hinton Training Centre is abuzz with 63 newly certified or re-certified rappel members anxious to get out to their summer bases and start doing the very thing that has drawn them all into the job.

Now the work really begins. We are here to become better leaders, mentors, instructors and all-around better firefighters. This is our time to shine; time for personal development and time to grow.

This is our time.