Firefighter in the Field: Making an Impact

Posted by albertawildfire on August 2, 2016 in 2016 Wildfire Season, Firefighter in the Field |No Comments

Fort McMurray was the most high-profile wildfire I have ever been a part of. I first heard about the fire back in May when I was still in Type I Helitack training. Along with everyone else in training, I could not help but feel helpless as the wildfire continued on and through Fort McMurray. The wildfire gave us a sense of duty and responsibility. I’m sure crews from everywhere felt the same. Myself, I could not wait to get a chance at “The Beast,” as the wildfire was nicknamed.

Before dispatch, we were told to represent our district with pride and work in a professional manner. We were also told to be as safe as possible out on the fireline, for many hazards are constantly present, and that we would be going out as a unit crew. I was very excited because I figured I would not do unit crew work until next year. Our crews out of Lac La Biche (LH03 and LH07) would be teamed up with two crews from the Calgary district. CH06 and CH62 would be some of the nicest, hard-working, and most generous crews I have ever worked with. Like everybody else in this job, these firefighters had such positive attitudes towards their job and towards everyone else. 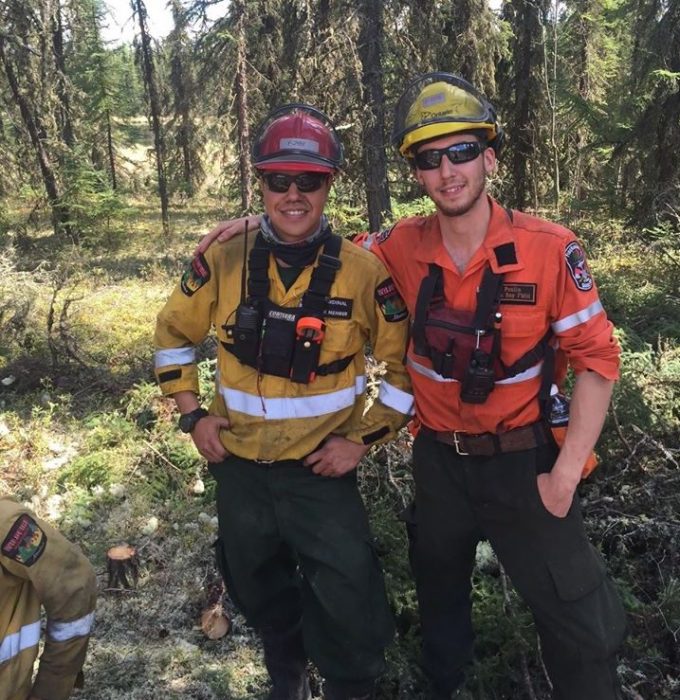 May 26, 2016: Before we could get out on the fireline, we had to be briefed on the wildfire at Fort Mac base camp. When we arrived, Fort McMurray was still evacuated and the damage was clear and as far as the eye could see. The wildfire had burned up so much of the surrounding area that RCMP, structural firefighters and many other contractors were still working on hotspots beside the roads going into town. It was an unbelievable sight that filled me with disbelief. In my mind I thought “How can one person make an impact on such a big event?” The fact was, one couldn’t – it was a collaboration of amazing, daring individuals called upon to do what they could. Along with Alberta’s resources, there was help from all over the world, including South Africa and Mexico, just to name a few. 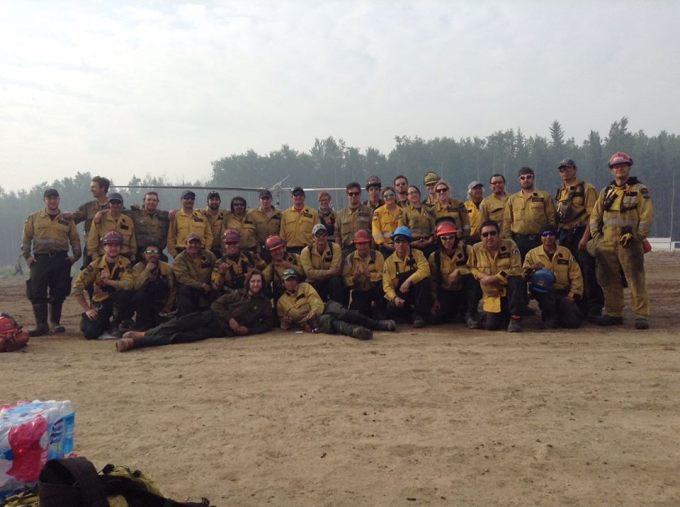 When we finally got out on the fireline we were able to do our part and have fun while doing it, with safety in mind. We were called a “Special Unit Task Force” a few times by other fire fighters because our call sign was “CH62, LH07, CH06, LH03,” which is a mouthful to repeat on the radio every day!

A unit crew is usually filled with twenty firefighters – we only had fourteen, but we sure didn’t act that way. Everyone’s work ethic was as great as the next person. Our leaders and Strike Team leaders were very knowledgeable and everybody was always looking out for one another, either through posted lookouts from afar or from the person working next to you. These were truly great individuals to have at your side on a fire this size. I was very fortunate to have worked with, as well as, learned from these incredible people. 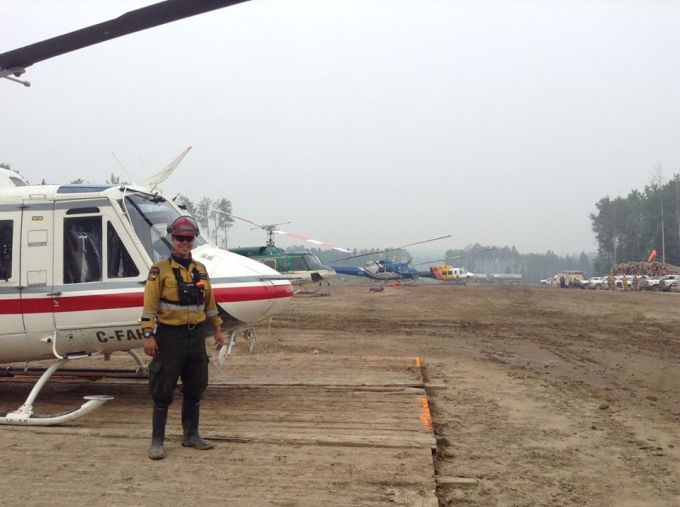 We were very happy to be given an opportunity to work alongside crews from Ontario, the Northwest Territories, and South Africa as well. The level of professionalism and teamwork shown by every individual was insurmountable. Every morning at the safety briefings you could see the manpower we had and it was like being part of an indestructible team. 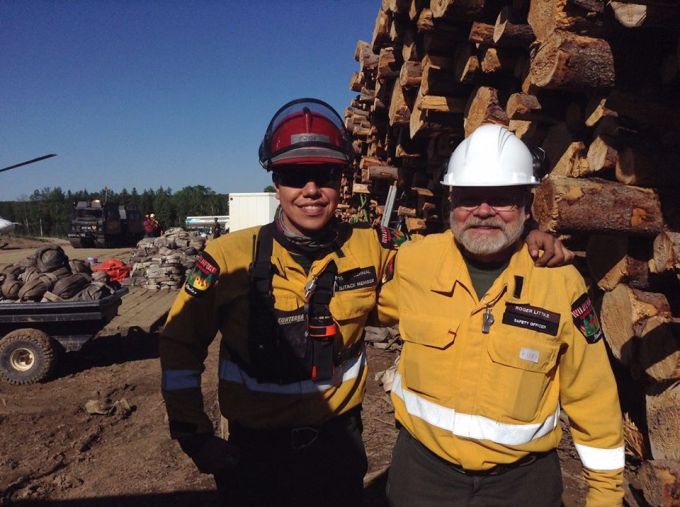 With that being said, I would like to acknowledge every single person who helped on the Fort McMurray fire. Whether it be through opening your home to evacuees or making donations to relief foundations, to the firefighters on the ground and in the air or the amazing organizations who did everything in their power to help – to every single person who helped make a difference in the lives of those affected by this massive event, thank you so much! The fire is now UC (under control) and Alberta is forever grateful for the people willing to risk their own lives for the lives of others. To the first responders, thank you for your bravery and determination.

Thank you to everyone who helped to make a difference.